For continuing operations, Flügger delivers 7% growth in revenue and – before a write-down of DKK 74 million due to the war in Ukraine – an EBIT of DKK 173 million. After the write-down, the EBIT is DKK 99 million. The results for the 2021/22 financial year are marked by rising prices of raw materials and the war in Ukraine. The outlook for the 2022/23 financial year (excluding segment 3, Eskaro) projects the revenue to be in the region of DKK 2,200–2,400 million, and EBIT in the region of DKK 80–130 million. For continuing activities in segment 3, which are associated with significant uncertainty, an EBIT in the range of +/- DKK 10 million is expected.

“2021/22 has once again been an unpredictable year for Flügger. The financial year has been marked by significant acquisitions, momentous increases in the cost of raw materials, energy and transport, war in Ukraine and our decision to divest our operations in Russia and Belarus, together with a normalisation of sales to consumers after record sales during COVID-19. Despite the many challenges, Flügger has done well throughout the year, and we are solidly equipped for the future. In 2022/23, we expect earnings to be put under pressure due to high inflation and a slowing of sales to consumers. Depending on the development of the costs of raw materials, we do not expect to see an improvement in earnings until the end of the 2022/23 financial year”. 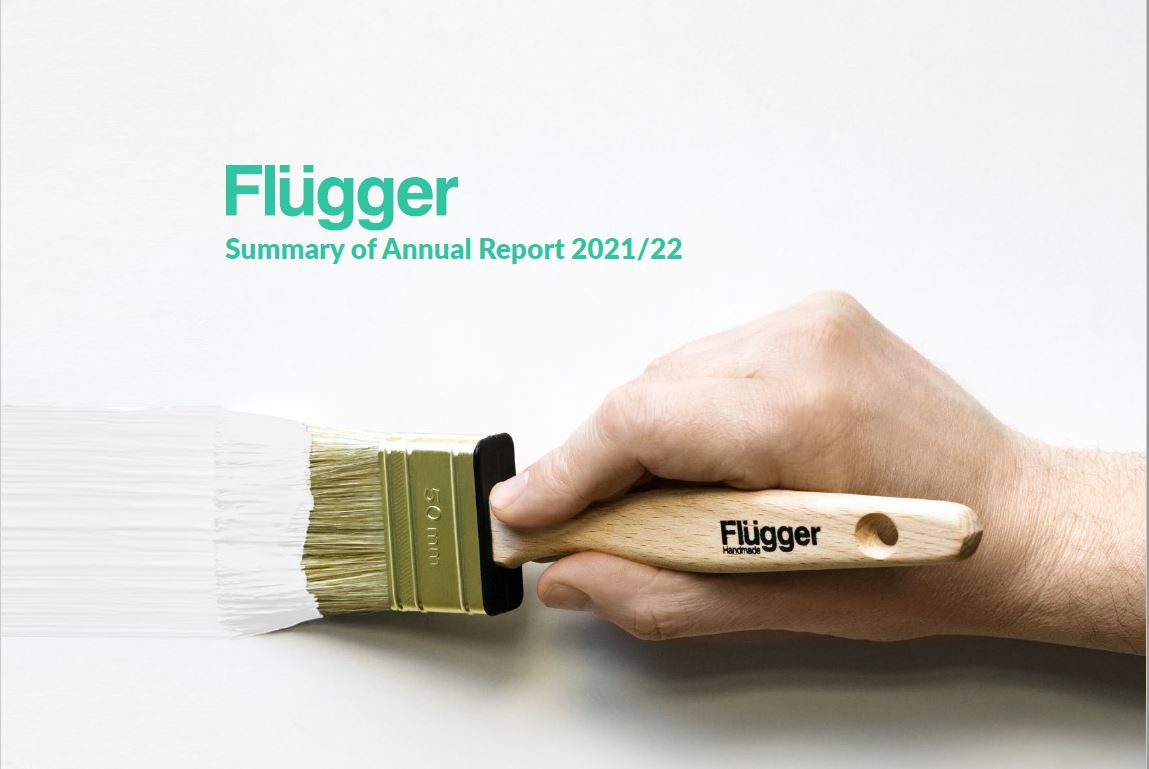